Stealth Prepping - Hiding in Plain Sight During a Crisis - Part One 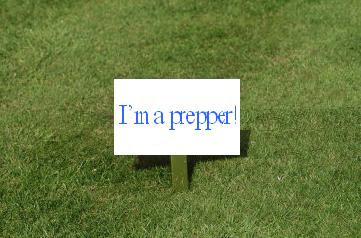 During a crisis or a disaster, people who are unprepared may literally find themselves battling each other for what few resources may be left. They will also seek out any resources they may become aware of in order to increase their own chances for survival. Being aware of this fact is important in order for you to maintain and secure your own resources during such an event.

Now there are times when a crisis may be short-lived and lasts for only a few days. This can have disastrous effects if you start to utilize any long term resources too early in a crisis. Gradually phase in the use of your available resources so as not to appear unaffected by the crisis. This is something that may get you the unwanted attention of others affected by the same crisis.

One of the best ways to do this is by using a little deception. It’s much better to have them thinking you are in the same boat and suffering the same effects of the current crisis in much the same manner as they are. You want to appear to be like them. After all, misery loves company!

There is an old saying that “Actions speak louder than words.” This holds true in a crisis or a disaster. Don’t let your own actions send a message that will be heard loud and clear by those seeking to utilize any and all resources they can find when they realize that they were caught unprepared.

One of your first considerations is the noise factor. People are attuned to sight and sound. They are two of our basic senses. Cranking up your emergency generator too early is a simple example. Believe me there is nothing ordinary about the sound of a portable generator, chainsaw, etc. running if you want to attract someone’s attention. Someone is going to hear it and realize there is something going on. Their curiosity alone will lead them to check out the source. They will also realize that there may be other resources available as well. Maybe they need fuel and it will suddenly occur to them this may be a place get some, especially when you may have obviously indicated you have plenty.

Consider using other options first in the early stages of a crisis which may turn out to be of short duration. It’s better to remove enough frozen items from your freezer for a couple of day’s worth of meals and by placing them in your refrigerator you can maintain fairly decent refrigerator temps. Use your frozen food items in much the same manner as you would a block of ice. This will help minimize the need to open your freezer which will usually hold or maintain it’s temperatures for a day or two if not opened on a frequent basis. Save the generator for when things start to reach the critical stage and the loss of your resources becomes imminent.

Another consideration you should be aware of is what people see. Simple acts like having someone see a shed or garage door open at the wrong time which may allow someone to see something you don’t want them to know about. Avoid someone seeing things or activities that may make you vulnerable. Quite often it’s the little things that will cause you the most problems.
Things like hunger, thirst or a need for more security are great motivators. People who aren’t normally very observant will suddenly be paying attention to you and all of your activities. They will be listening for changes in their environment and if you make the wrong kind of noise they will hear it. They will suddenly view you as the solution to all their problems. And just as day follows night, others will follow. Avoid activities that may reveal your strengths or your weaknesses.

If you appear to be suffering as much as everyone else, you will draw less attention to yourself. If you fail to exercise a little due diligence, you might as well put a sign in the front yard saying “I’m a prepper!” In the battle for survival, a little deception goes a long way.

In the words of Sun Tzu -

“All warfare is based on deception.” 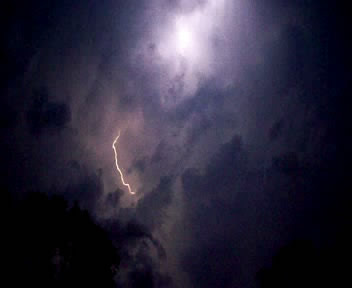 Stealth is the act of proceeding furtively (i.e., secretly) and becoming almost imperceptible to others in the process. This can be an invaluable skill in a survival situation. When attempting to avoid having your activities being noticed or attracting what may be the unwanted attention of others, people are usually motivated by a firm belief that there is a high probability that the discovery of their actions or movements will lead to the possibility of further trouble. In a survival situation, additional troubles are the last thing you will need.

The practical application of stealth in your prepping activities is going to require some effort on your part but doesn’t necessarily have to become a burden. During normal times, most people aren’t very attentive and will pay little heed to you or your activities. The exact opposite is likely to occur during a crisis. Many people will panic and start to act irrationally and will be capable of acts that they wouldn’t ever consider during a normal situation. It is important to remember, that in the majority of cases, the less people know about you and your activities; the safer you and your family will be during a crisis.

There seems to be quite a number of people who are currently interested in the different things preppers are doing to get prepared. This is especially true in light of some of the weird things going on in the world right now. And while their interest in your activities may be sincere, it may not be in your best interest to give out too many details. With a little effort and some common sense, there are several simple things you can start with to increase the amount of stealth in your prepping activities.

One of the easiest ways to incorporate stealth prepping into your lifestyle is to start paying cash for needed items. Cash transactions are extremely difficult to trace and don’t leave traces of you and your activities. Although only a partial number of your credit or debit card usually shows up on your receipt, your signature will often be quite easy to read. That credit or debit purchase will also leave a record of what, where and how much you purchased for anyone that may become interested in you or your activities.

Another simple thing you can do to maintain a little stealth in your prepping is to split big purchases into smaller ones by simply using two shopping carts instead of one. You can use one cart and another family member can use a second cart. Depending upon the number of family members available to help, you could even use additional carts. Don’t forget to go to different registers when checking out and remember to pay cash if possible. You should also shop at random times and stores whenever possible to avoid unwanted attention. You should probably avoid making large purchases at places where you may already be known.

You can also have a handy excuse available if asked about your purchases or activities. Keep the answer simple and uncomplicated so as not to arouse their curiosity and in most cases they won’t give you or your activities a second thought. The “I’m in charge of the meal for the family reunion this year.” seems to work very well in most instances.

In the words of Sun Tzu:

"Let your plans be dark and impenetrable as night, and when you move, fall like a thunderbolt."

Things seem to be changing quite rapidly nowadays…

Are you ready to practice a little "stealth" prepping? 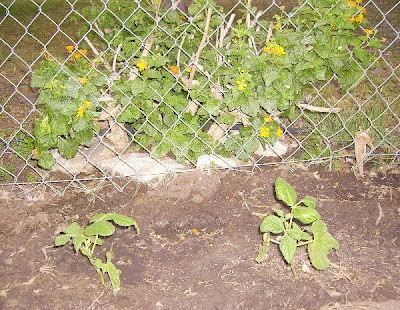 Gardening is a great way to supplement your food supply. Unfortunately, having a big garden in the middle of your backyard may act as a beacon during a crisis. It will immediately get the attention of those who failed to put forth the effort and the time required for a garden. If they find themselves needing a food source, they will look at your garden as the answers to their problems. There is a simple way to minimize this problem.

The presence of decorative and ornamental plants is a common sight most everywhere and few people look beyond the pretty flowers. This is where you can put a little “stealth gardening” into action.

If you don’t have a fence or other barrier to help, you can simply add a garden plant here and there to your regular flower beds. The blooms from your vegetable plants will blend in with your flowering plants and still look quite normal and not be readily apparent to those who may be looking in your direction.

If you’ve got a solid wooden fence, this won’t normally be a problem since most of your yard is already hidden from view. It won’t hurt to put a few garden plants along the fence where they may be not so visible.

Try to match your garden