Tracking: The 6 Key Characteristics of Sign - by Paul Kirtley

Tracking: The 6 Key Characteristics of Sign - by Paul Kirtley 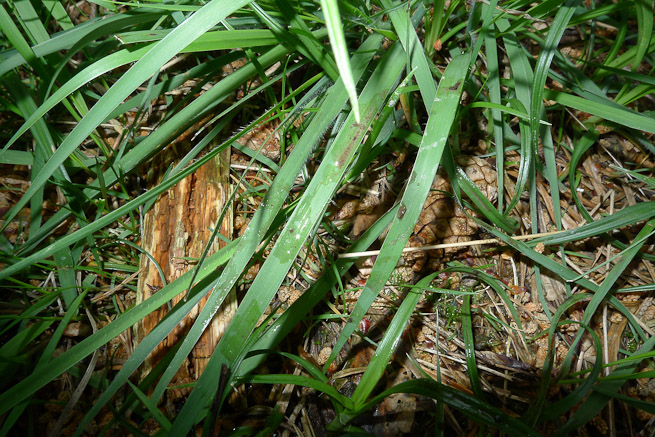 There is no footprint here but there is sign in abundance. Photo: Paul Kirtley

In its broadest definition, sign is any change from an environment’s natural state inflicted upon it by the passage of animal, man or machinery.

Sign can be obvious or it can be the most subtle change to the environment.

There is a certain order and distribution to the natural world. Much material in nature is distributed in such a way as to create an even-ness; for example the distribution of leaves after they have fallen from a tree. This is an order that someone familiar with their environment will consider “normal”. 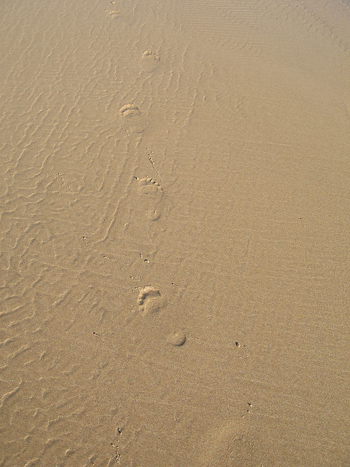 Animals leave regular patterns on the material upon which they walk. Photo: Paul Kirtley

When there is a disturbance to that normality it can be noticed by the observant. An animal walking or running has a certain tempo and this creates a pattern on the ground over which it moves. This pattern is easy to spot on ground such as sand but harder to spot in less uniform materials. Nevertheless, regularity is a key attribute to look out for.

Regularity also appears within the impressions left by the passing of an animal, person or machine. For example, a boot will leave an imprint of its tread containing a pattern of geometric shapes that is not normal. 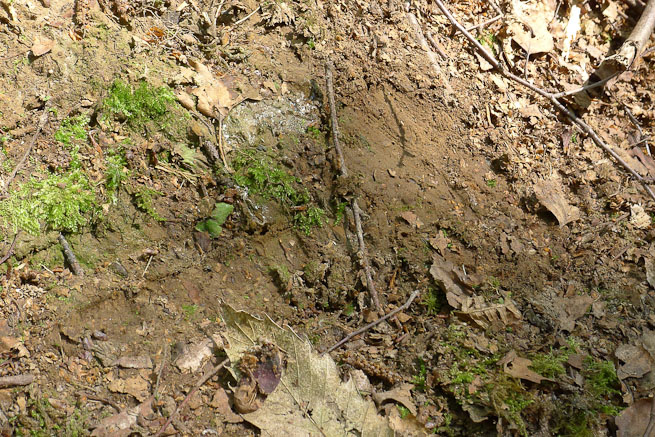 Regularity: A pattern in soil created by the geometric shapes present in the tread of a boot. Photo: Paul Kirtley.

The human brain is very adept at detecting patterns (sometimes where there are none). This allows us to pick out regularity imposed on the environment by the passing of an animal or person.

Edges as straight as a ruler don’t tend to present themselves very often in nature; you will certainly spot them when they have been imposed where they don’t normally occur. For example, creases in leaves or blades or grass are something easy to pick up on to the attuned.

Downward pressure from the foot placement of people or animals will flatten or even depress material on the ground. 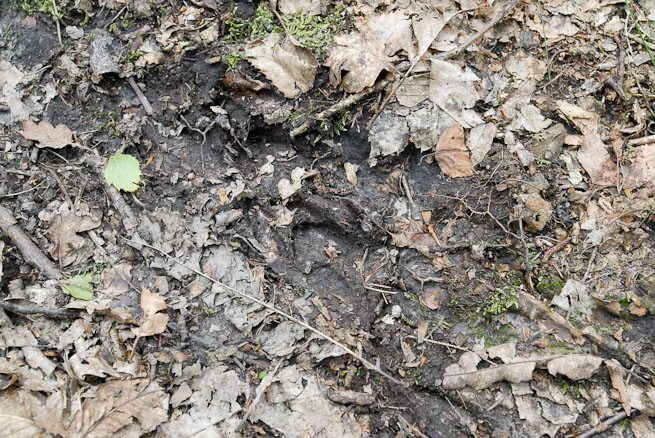 Other behaviour such as lying or sitting will also flatten vegetation in a way that is detectable by the tracker. Flattening is easily detected by comparison with the surrounding area. 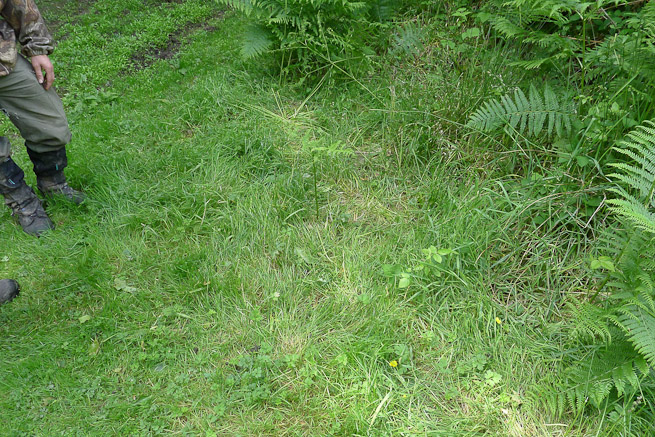 An easily understood example of transfer is the school child running off the football or rugby pitch into changing rooms and depositing clods of mud from between the boot studs onto the floor. This is transfer of material from the pitch to the changing room floor tiles.

More generally, transfer is any deposit of material carried forward from one medium to another. For example, sand onto rock; mud onto grass; water onto dry ground; vegetation onto a road; and so on. 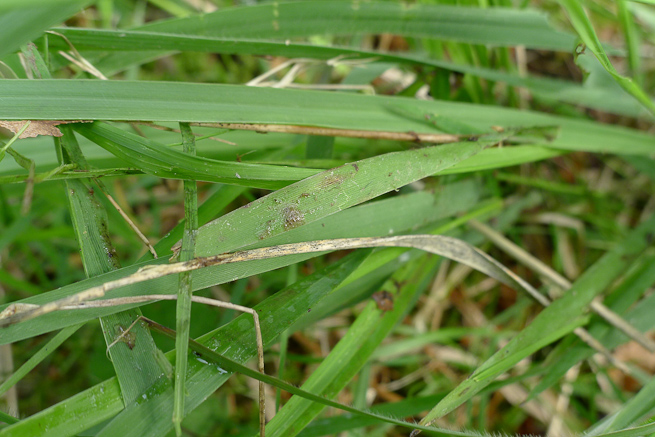 Descriptive examples of transfer are generally quite bold. It is a bold concept. Yet, in practice, transfer can be incredibly subtle. A tiny amount of material can have been carried forward yet still be detected. 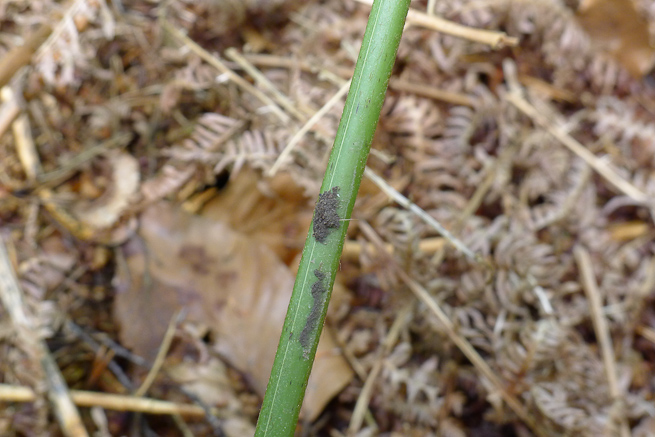 Mud transferred in passing onto a stem of bracken. Photo: Paul Kirtley.

When natural materials are disturbed there can be a colour change. Colour change can be at the micro level, for example where a leaf has been bruised by a hoof or the edge of a boot. 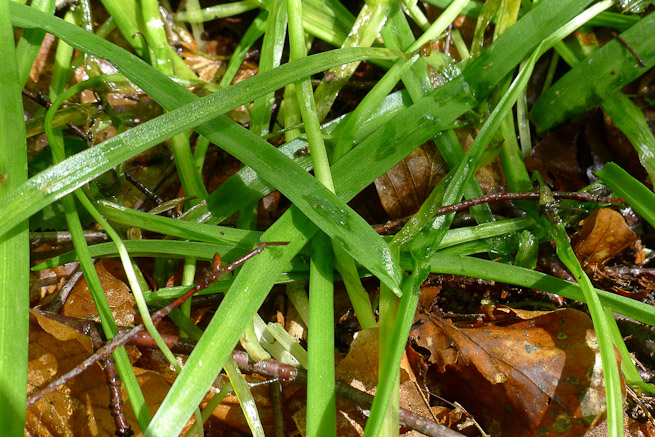 Bruised leaves indicate the passing of a person. You can see the pattern of the boot tread imprinted (regularity) as well. Photo: Paul Kirtley.

Colour change can also occur at a more macro level; for example, where someone has walked through leaf litter that had previously been rained upon yet dried on the surface. The passing of a person will have turned over, or up, certain areas of leaves which will show up as dark (damp) patches amongst the generally dry top surface of leaves.

Similarly, someone walking or driving over grass will depress certain areas. Hence, the angle at which the grass lays to incident sunlight will be different to the surrounding foliage. This presents itself as a change in colour/shine. 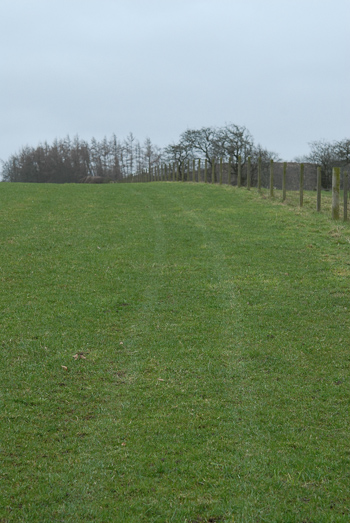 Colour change in grass from the passing of a quad bike. Photo: Paul Kirtley.

Also, some leaves are darker on their top side than their underside. If the light underside of leaves are showing, then something has disturbed them.

Discards are any materials that have been left behind. This can be intentional or unintentional. A deer that is shedding its winter coat will be discarding hairs. 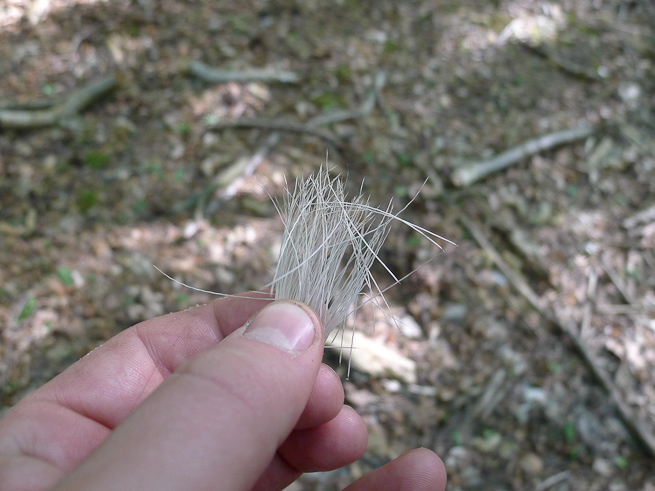 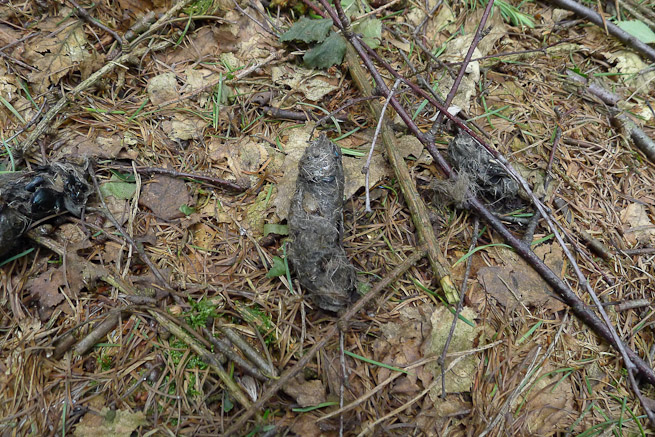 Disturbance is any other change to the environment that you recognise as abnormal but doesn’t directly fit into the categories above. Leaves or grass or bracken, for example, have been moved around in an area so they lay in an unnatural way. A puddle is full of suspended sediment. Insects have been agitated. Roots have been bruised. These are all disturbances to the natural order of things. 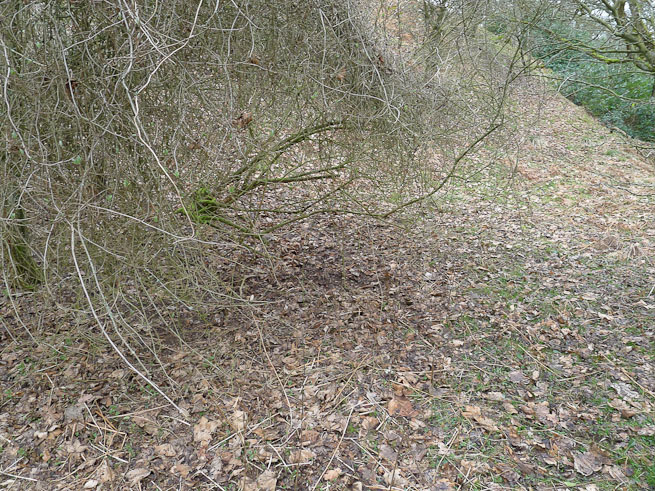 The leaves under the bush have been disturbed. The area also catches the eye due to colour change. Other sign in the area indicated it was roe deer. Photo: Paul Kirtley. 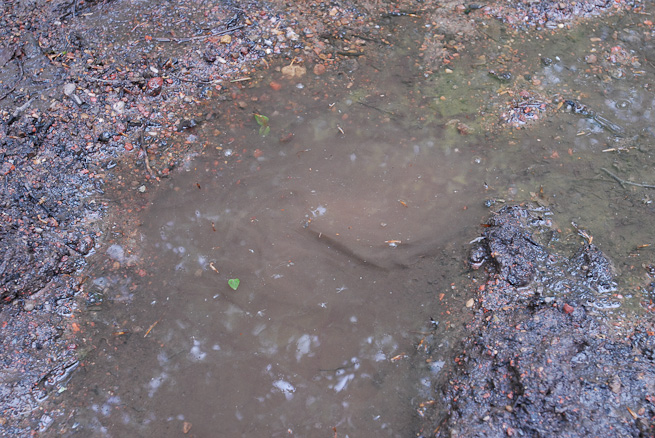 The water in this puddle is disturbed. And it’s recent…. Photo: Paul Kirtley. 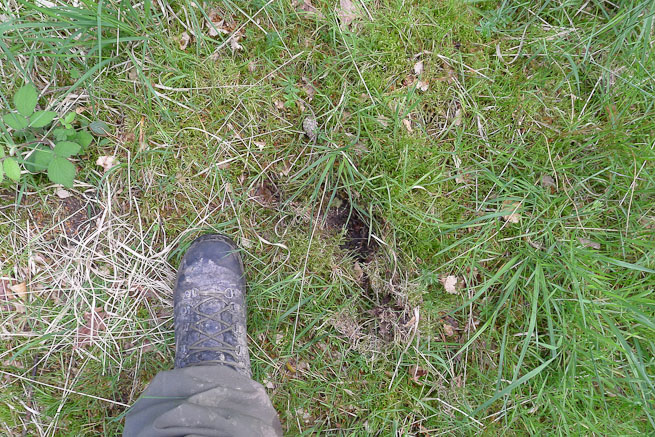 This ground has been disturbed. Photo: Paul Kirtley. 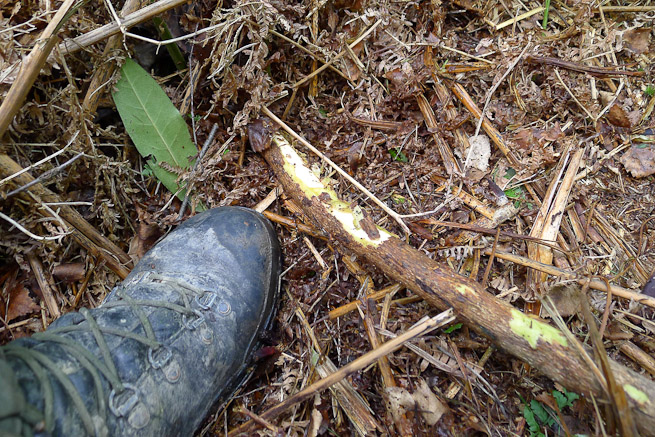 Disturbance: This root has been bruised/damaged. This is also easily spotted due to colour change. Photo: Paul Kirtley. 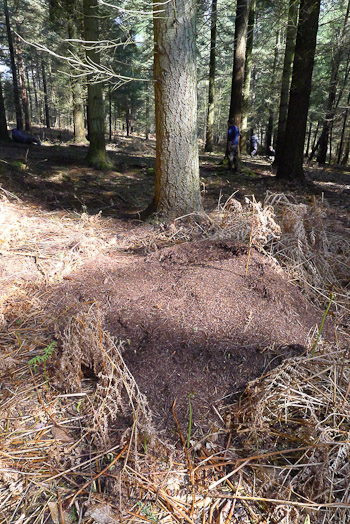 This wood ants next displays an excavated volcano-type shape, caused by a badger digging into it for food. Photo: Paul Kirtley.

A Tracker Must Tune In

It is important to remember that trackers do not follow footprints. They follow sign. This sign can be obvious or very faint. A tracker must be able to recognise sign in the environment in which they are tracking. To track well, she must be able to perceive the most subtle indications.

An ability to tune in this way and to recognise sign by the 6 key characteristics of sign is fundamental to being able to track in any environment.